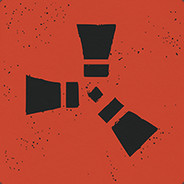 My server has been stuck on (loading server 99%) for over an hour now. What is causing this?

The server percentage displayed is not an actual factual percentage, it's derived from information obtained the last time the server was booted. Such as number of mods, files that need loading, etc..

Typically when the server "hangs" at 99% it's due to the fact a mod, map, or core file has had a recent update pushed out, so the server has to download and install the new data.

If it's taking a long time, there's a couple of things you can try.

1) Just wait. I know it sucks, but honestly, there's very little you can do to speed up the process of an ARK server retrieving file information from Steam, especially since Valve began throttling headless connections when COVID began to impact their servers.

But if you MUST feel like you're "doing something" you can try one of the two below:

2) Stop the server, then start the server again. This will force the server to quite what it's doing, and re-establish a connection. As Steam throttling is placed upon initial connection due to current available bandwidth, this could make things better. Note: The adverse is true. It could apply a STRONGER throttle on the new connection.

3) IF you suspect a file got corrupted, and you've not tried a server rebuild. You can stop the server, then [rebuild] the server. Note: Unless you have prudent backups automatically made for your server (As a Good Admin should) you should NEVER use the rebuild option more than one time until the server fully loads and allows players on. The reason for this is part of the rebuild is to take a snapshot of the server as is, then wipe the server and reinstall everything from scratch. If you do a rebuild, during a rebuild, you're replacing your server with a backup of an empty server... so yea, don't do that.

Thank you very much for your reply MagSynchro. You seem to be a fountain of knowledge in these forums. You are definitely appreciated! Thanks

I merely do what I can to help the community here. = ) Figure the better I make it, the nicer it'll be for me.