Here is what we know:

WildCard is set to release Genesis 2 to all of Steam at 8 AM EST.

WildCard has announced that Genesis 2 will not have mod support at launch, and they dont' expect a DevKit release for 3-6 months, a similar thing happened in Genesis 1. If this means no mods will work, or some mods will limp along, we won't know until it all goes Live, as WildCard doesn't use the same words for things as we do. Like, mods, support, DevKit, Release Candidate, Beta, etc.

As soon as WildCard releases Genesis 2, around an estimated 80% of all 76,331 players, plus around 25% of all the dedicated servers running out there (An estimated 2 per player, or approximaletly 37,500) plus the number of New Official servers out there will all hit Steam at the same time to download the update.

This will make SteamPipe (The service that delivers all steam content) and EpicGamesStore (The other place people get games from for ARK) all very sad and Angry at the same time.

Throttling will occur. Downloads will slowdown. People will have to wait to get their content, and your server, is incoluded as people in this case.

Shortly after Genesis 2 releases, and your server is all stable and ready to go, the ARK community will discover all sorts of bugs, horrible flaws, map holes, mesh exploits, and game corrupting issues.

When these are discovered, servers will need to be rolled back, possibly wiped, perhaps restored after being corrupted, or in some cases, simply need an udpate. This is the way of ARK updates. It is HIGHLY recommended that you turn on auto backups, and have them temporarily set to something along the lines of 15-30 minutes each backup if you don't want your community to be more frustrated than necessary.

Again, this is the way of ARK updates.

I have been through the Aberration update, Extinction update, and the Genesis 1 update. There has not been a single smooth roll out. Last time they LOST the Linux distro for 3 days, and released the Windows distor wtih the Linux code. This will be a wild ride, I recommend keeping your arms and legs inside at all times and being aware of where the exits to the vehicle are at all times, and where the vomit bags are located.

Your best bet is to follow twitter, check the Discord, and SurviveTheArk.com for any and all updates, as I'm about to have a 3 day weekend from my job, and plan to veg out on the couch and play a LOT of Elder Scrolls Online, as I'm not an employee, and as these Forums are community supported, unlike the last two releases, I don't foresee myself having hte wherewithall to repeat myself over and over again for upwards of 14 days. Hence this post.

Last release, we saw a multi-host server impedement from the whole nation, and communities at all sorts of hosts didn't see a stable platform until 12 days after the 5 day delay. Add onto the fact that WildCard thinks they're going to get a 4 platform simaltaneous release (Steam, Epic, PS, and Xbox) and I foresee a LOT going sideways.

Best of luck everyone, and happy dino hunting. Such a great job rolling the new map out! :) 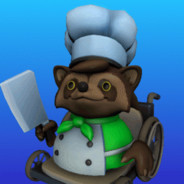 Well just glad to see new content for a game i love so much and what looks like amazing content at that. And  thanks for posting this  i  only experienced a couple of new ark releases so glad to know its actually normal. Been waiting for my server to start up for over an hour now lol. I suppose this is from the overflow? Still downloading the exp as well and it's 1PM here.

has ANYONE got their server up yet? Mine is STILL not up.... shes up but is currently using over 13 gig of ram lol. Then after a bit it auto shuts down as it using over the 12 gig allowed

Just got this message "

It seems your server got stuck stuck while we were setting it up. This doesn't happen very often, and we're kind of embarrased that it happened to you! Please just contact support, and we'll get it cleaned up for you right quick!"
I haven't even been able to touch the damn thing.... Yip same thing!
It seems your server got stuck stuck while we were setting it up. This doesn't happen very often, and we're kind of embarrased that it happened to you! Please just contact support, and we'll get it cleaned up for you right quick!

Must i try to cancel my order of the $16 ARK server and then upgrade to $32 server seeing there is a RAM issue?!?