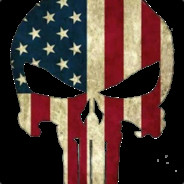 I having multiple snow owls spawn in on different locations on the new map. I have this

Dino count multiplier just means that the odds of a dinosaur spawning when the spawn action occurs is 50%, and the rarity weight is 50%. Without knowing what the new map designates snow owl as rarity wise, that setting may or may not help.

As for Pugnacia, if you think that's part of the cause, maybe check with the mod dev?

It's the new map Fjodur.

Yes, the new map is Fjodur. We still don't know what the rarity of snow owls has been designated on that map though. So the setting you listed above isn't something that we can comfortably say will or won't help. If Snow Owls are considered to be fairly really common, common, or uncommon then adjusting that setting down to 0.5 means they're still going to spawn fairly frequently, as the uncommon tier of dino doesn't get spawned out until dino count is around .35 though why you would go to the trouble of spawn out all of the mythic, very rare, rare, very uncommon and uncommon tier dinos just for snow owls is beyond me. Would be far better to adjust the spawners they spawn from.