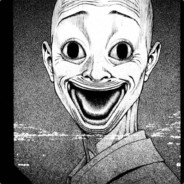 Started a server 2 days ago, but people are having difficulties joining it. " Host pending connection timed out." I can join normally. I don't understand the issue since its my first time hosting a server. 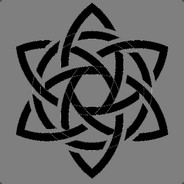 Normally, a new server by a new admin is chock full of mods, nearly a kitchen sink's worth. (Unless they're using some popular YouTuber's latest series, then there's either the same 10-12 mods as every other server, or so many mods the server's a horrible crashing mess that's only fit for edited footage and short play sessions.)

When a  player joins such a  server, it's possible, if not VERY likely that they're not subscribed to all of, if any, of those mods.

ARK tries to remedy this by automatically subscribing that player to the mods, then downloading the mods, then copying the mods to ARK, then installing the mods into ARK. This takes a LOT of time if there are a LOT of mods. So much time that ARK will disconnect that player in the middle of this process, and will restart the download of the last mod it subscribed to. This is VERY undesireable as each time this happens, the mod installation on the players computer could become corrupt, and cause more issues for them.

This is EASY to fix in one of three ways:

Method one:
Don't use mods. I know, not a great method, and not a preferred method, but this does fix that concern 100% of the time.

Method two:
Have your players use the website included with your server to see the full list of mods. They can then go to each mod in the Steam Workshop (While ARK is closed on their comptuer) and subscribe to those mods manually. Then, have those players open ARK and wait for ARK to do the things it needs to do to install the mods. There's actually a notification at the bottom right of the title screen that indicates which mod it's installing, and depending on screen resolution, how many more mods it has left.

Once that notice goes away, they should be able to join without a problem.

Method three: (The common method by the average Joe.)
Keep having your players join the server, over and over and over and over .... and over and over again. Like lemmings being herded off a cliff face. Eventually, it will all be downloaded, and installed. They'll rpobably have to unsubscribe and resubscribe due to any failed updates, or chain loads, but they'll be able to get in after a while of failure. Hopefully they're friends and family, as random strangers will often just move on to another server. Interstingly enough, this is why most ARK servers out there have the same boring 10-12 mods on them, as they're basically piggybacking off of some YouTubers popularity, and absuing the fact that the last 4-5 servers that player tried to join installed the mods they're using.